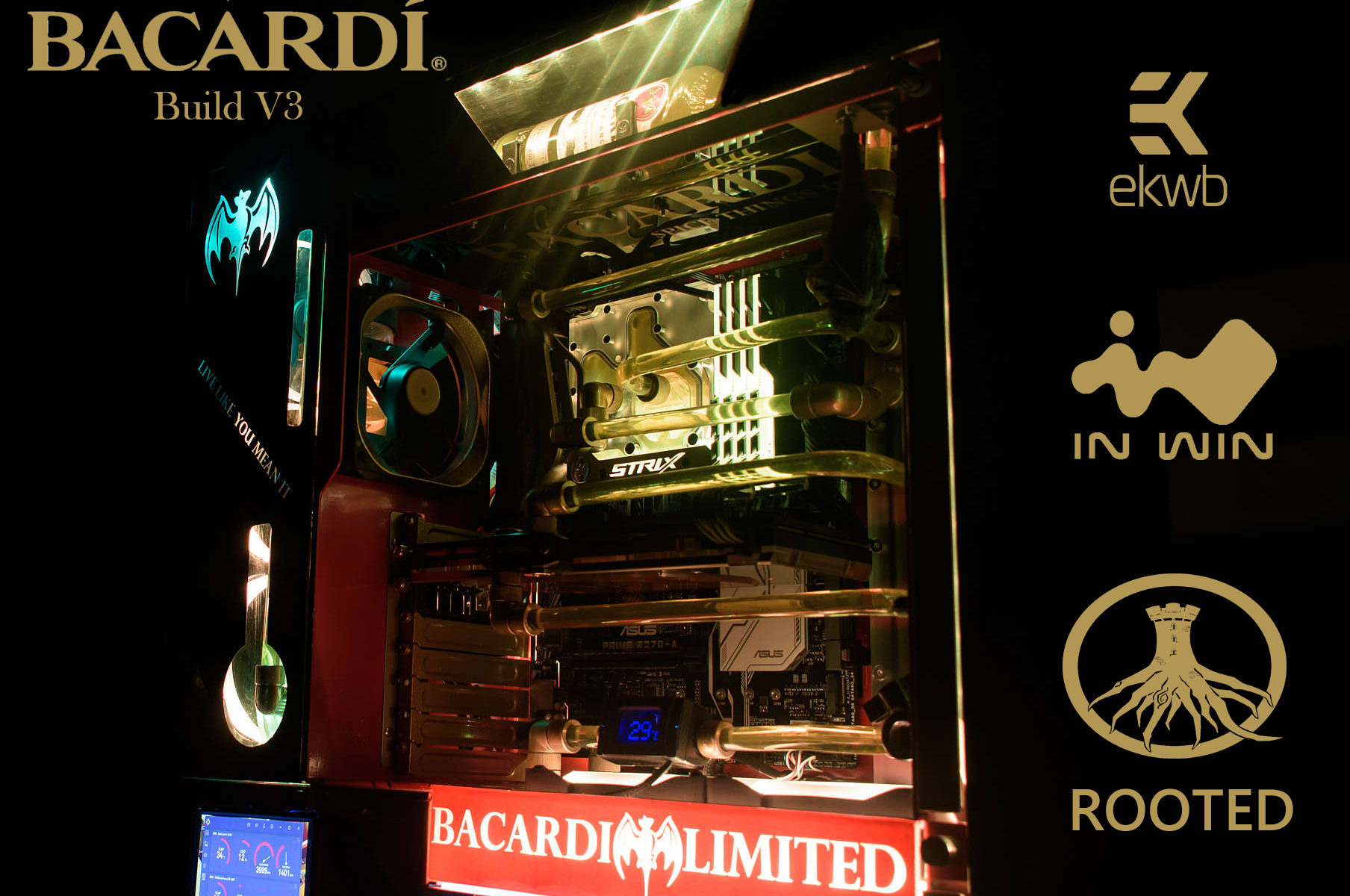 The owner is a real Bacardi fan, so for the last transformation we opted to have something genuine “Bacardi” in the PC. The idea for the bottle came rather fast because the owner has a lot of them 😉
Some hardware was kept, some we replaced. An example is the MSI GTX 1080 Seahawk where we got the intel from the waterblock manufacturers that we couldn’t get a working waterblock on the 3D card. After some research we discovered that the MSI card has a standaard PCB layout so we could fit a waterblock on it.
As a result,we chose the Heatkiller one with chrome plating and inner copper waterbed.
The mother board on the other hand, we had it swapped with an Asus Prime Z270. Reason for that was we could fit an EKWB strix monoblock on there with RGB lighting.
The whole case has been repainted and fitted with the real Bacardi as a reservoir. So We choose for 2 rads; 1 EKWB 360 PE and 1 240 PE and as pump the EKWB D5 RGB. All fittings are EKWB and the only thing from another manufacturer is the waterway/distroplate from Barrow.
We also reused the little 5 inch stat screen. At the moment I am not really pleased with the result there so you can expect some changes coming in that department.
Full specs you can find here.

The end is near…

We ended up with an surely beautiful case up to specs and a satisfied friend.
Shoutouts to Rooted for making the “bat” an extra feature which the owner of the PC really liked. Also big shout out to AB-photography for taking the super pictures.
Give them a vist on the net, links of our affiliates you can find here.

No white EKWB plate Just make or spray one! #ekwb

One of two #thermaltake pure duo 14 mm fans that w

Future build own rig, Will be tight!!😅 Thx @ca

This site uses Akismet to reduce spam. Learn how your comment data is processed.

No white EKWB plate Just make or spray one! #ekwb

One of two #thermaltake pure duo 14 mm fans that w